In Cornish, on warm spring evenings, as the sun drops into the White  Mountains, our garden is visited by a flock of about eight or nine barn swallows, with a few tree swallows thrown in for good measure. These small birds swoop over the garden in a series of dives and loops feeding on insects in the air and at times, briefly landing to grab a bug from the garden surface. Swallows are excellent flyers.  I think the barn swallows have the edge over the tree swallows, but that’s just my opinion.  I have not taken a radar gun reading to compare their speeds.

The barn swallows in my yard are graceful and swift in their evening missions. They are playful in flight, often looping around each other in midflight, sometimes laughing in midair or they may stop on a perch and cackle.  I wish I knew what they were telling me.

I remember barn swallows from childhood. I lived in Rockport, MA back then.  Each June, after my Dad finished up teaching for that year, the family would pile into our latest station wagon and make the four hour drive to Pleasant Mountain in Denmark, Maine to spend a few days at the old family farm.  We still call it “The Farm” though it hasn’t been a working farm since the 1930’s, when last farmed by my great-great grandparents. The Farm is probably the major reason why I now live in Maine. You see my Dad loved that place more in his imagination then he did in reality. During the winter he’d romanticize the rushing brook in the front yard, the whip-poor-will call at night, and the wild animals you often spotted. But he’d forgotten the place was cold and damp in the rain, and the bugs in June would carry you away if you didn’t load up on head-ache inducing bug spray. Each year we’d pack for a week or so and each year he’d call the retreat somewhere about day three or four.  One year it was raining, another year it was too hot, once little brother Cam got a fever. My theory is that the repeated Farm retreats gave me some sort of insatiable need to get more Maine in my life and as soon as I got old enough, I scratched that itch. 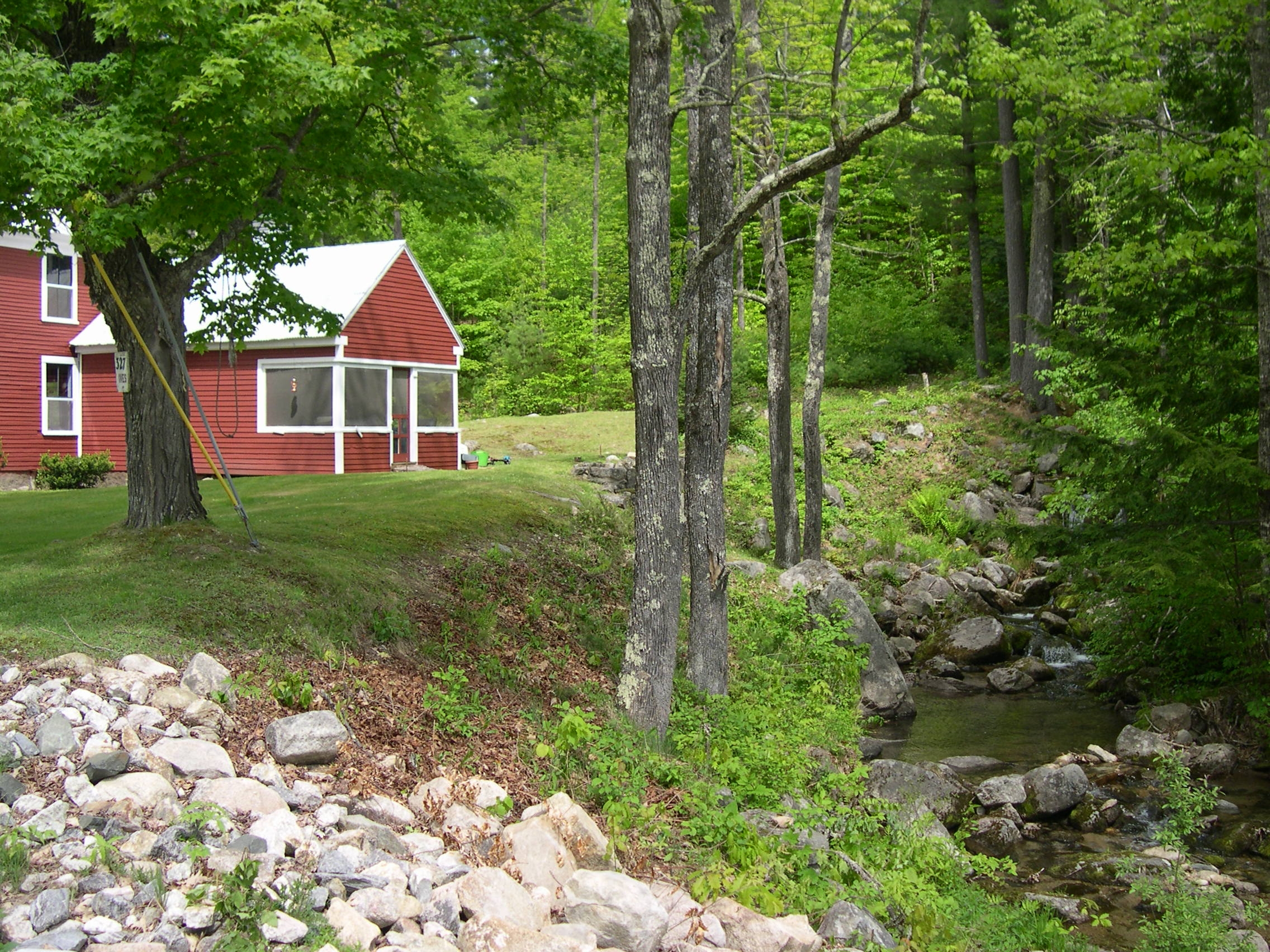 When we’d arrive at the farm, while the parents were opening up the house, my brother Kip and I would run across the wooden bridge over the rushing brook in the front yard, up over the hill and down the dirt road to Wilton and Mavis Warren’s big yellow barn.  The Warren’s were cousins and farmed the neighboring property until Wilton was too old to tend to it.  That’s about when I came along. But I vividly remember Wilton in that big yellow barn. Each year he’d give us a tour, telling farm stories I barely understood through his thick Maine accent.

Wilton Warren was my grandmother’s cousin. He married Mavis and they brought up three girls on that rural Maine farm. My grandparents, with their three boys, and the Warrens, grew up together each summer on that dirt road at the foot of Pleasant Mountain.  Final evidence of their deep interconnectedness occurred when my grandmother and Mavis died on the very same day. 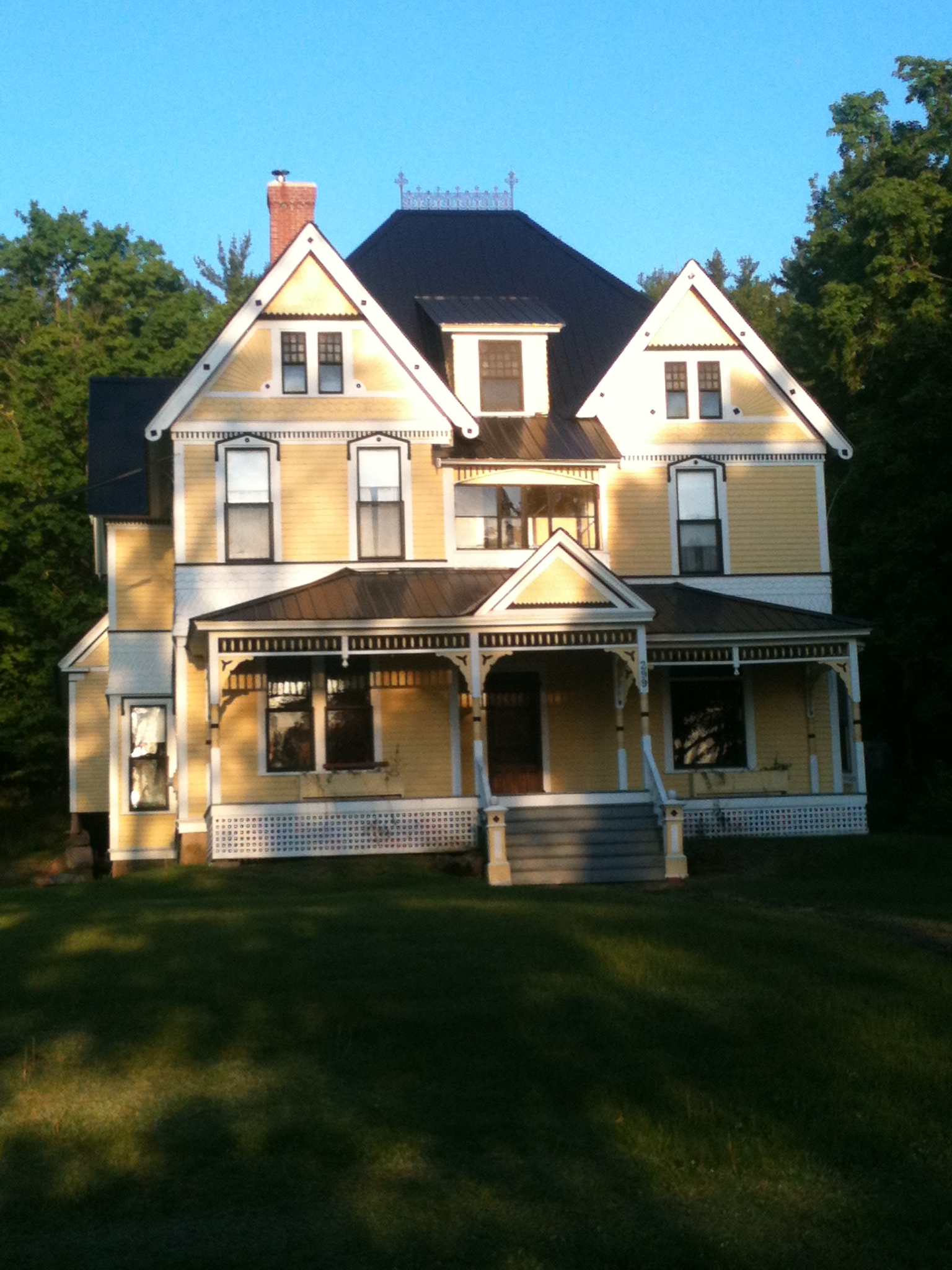 I remember Wilton giving us the farm tour with barn swallows flying in and out of that barn – hundreds of them. The swallows built their mud nests in every eave-section and corner of that big barn, inside and out. Barn swallows build their homes against human structures – they’ve adapted and their name reflects that adaption.

What a sight to see, all those barn swallows; especially in the waning hours of the afternoon when the setting sun bathed the Warren farm in soft orange.  The yellow barn glowed warm in the dusk while smells of the damp earth and the farm overwhelmed our senses. And the orange bellied swallows took on an electric aura as they launched sortie after sortie, collecting insects, mud, and cackling their mountain wisdom. They flew, knowing their moment was now and that it was hallowed by the beautiful barn, the rolling hay field, and the setting sun. The evening’s warm summer stillness didn’t belong to the boys from Massachusetts, or the tired old farmer, or the farm that was once vibrant but now in decline, but was woven into reality by the tangled flight paths of the otherworldly barn swallows.

Back home in Rockport, I’d walk down to Old Garden Beach to swim or snorkel. There was a garage towards the end of Harraden Avenue where the eaves of an old garage held the mud nests of barn swallows. I watched the barn swallows live in there for a few years, flying in and out, and returning each year.  But when I reached the age of thirteen or so, new owners rebuilt the place and the swallows were driven off by condos.

So now I sit in the garden of our old farm in Cornish and watch the barn swallows swooping – coming and going – and I listen to their joy as they frolic. And I wonder where they nest now and what they can tell me about summer that I’ve forgotten.

This entry was posted in Uncategorized. Bookmark the permalink.

1 Response to The Barn Swallow