How to Add Map Layers to Your First Business Map

MapBusinessOnline includes a variety of Map Layers that are overlaid on top of a basic map background to provide the basic components of a business map.  The map background, usually the “Streets” layer, is the bottom layer that all the other layers overlay.

If you look at Map and Data, the Blue and Gray box that floats over the map view, you will see all the Map Layers listed with checkboxes assigned to each layer. The bottom checkbox is already checked on when you, the user, create a New Map by clicking the New button on the right side of the master toolbar. Read more about Map and Data here. 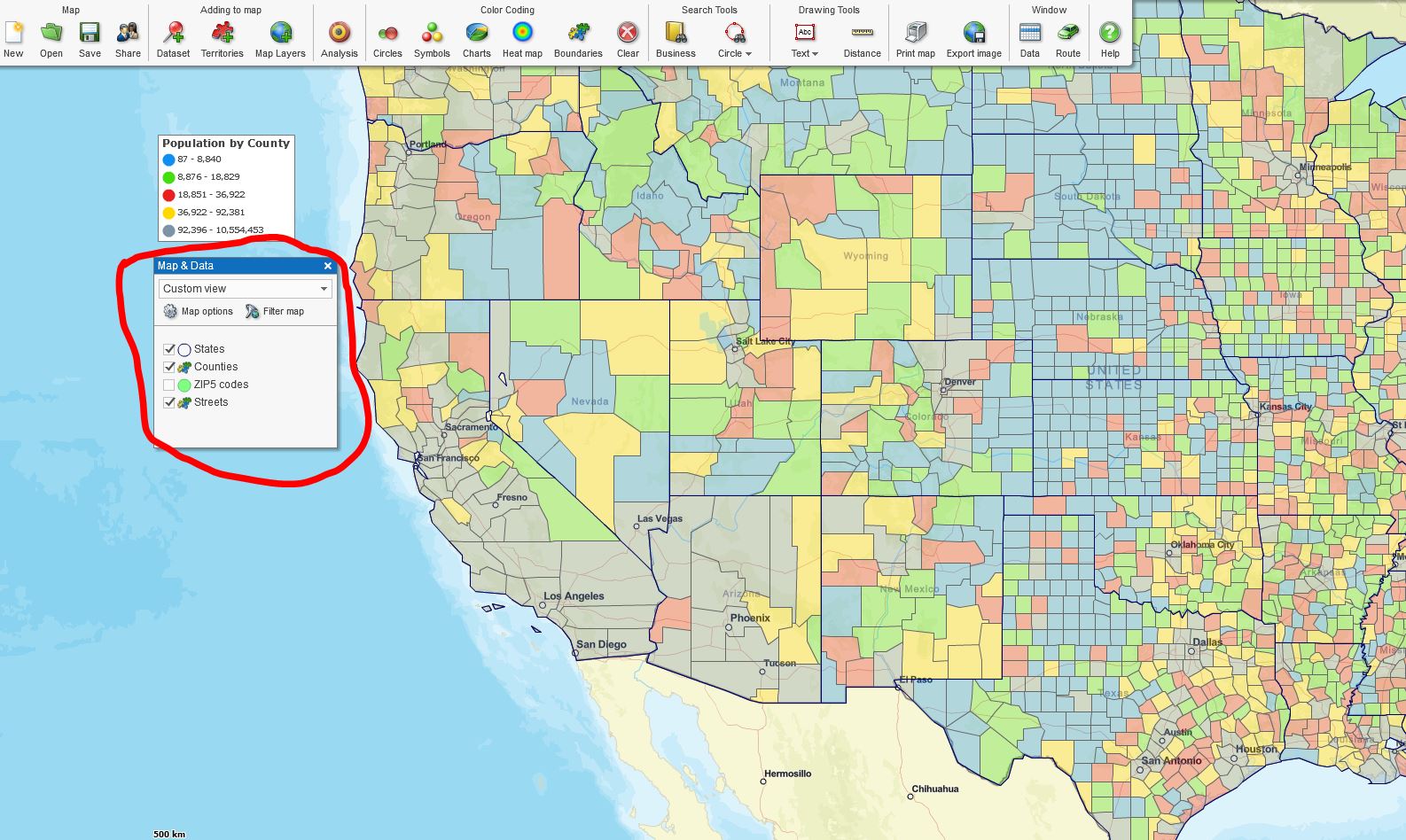 In a brand-new map, recently launched, Map and Data shows four map layers as noted below:

Streets – A map ground primarily consisting of streets with some land-cover, building footprints, and state and city labels

A new map launches with only the map background layer or “Streets” turned on. The other three layers are unchecked. Check them on to display ZIP codes, Counties, or States on the map.

Additional Map Layers are available to add to the map. Those additional map layers are in the Map Layers button, located under the ‘Adding to Map‘ section of the Master Toolbar.

Hint: Map and Data can also be turned off inadvertently. To turn it back on, find the Blue Arrow on the far-left side of the map right in the middle. Click to relaunch Map and Data 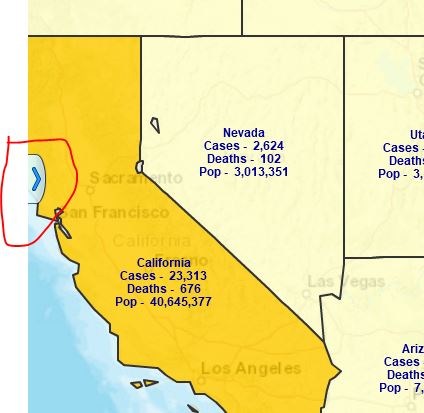 Where did Map and Data go?

Many users may never find a need to add additional map layers, but it is nice to know they are there. Below is a list of the map layers available to add to the map and what they might be used for:

Cities – A point layer of cities and towns across America. These points are just names associated with points that will be located on the map at the center of each city or town area. The City point layer is not editable or filterable.

City Limits – A full map layer with boundaries of all the cities and towns across America. Create territories and areas of interest based on city limits. City Limits, like ZIP codes, Counties, and States, have a Data Window analysis view, including access to MapBusinessOnline’s Demographic Data Library.

Highways – Exactly that. Highways come in handy when you’ve got a solid map layer of counties or states or territories and you want to add a transportation layer for reference or business reasons.

School Districts – Regional school districts. This layer is also a map layer with boundaries.  You see various school district layers listed by region. The data includes some information on schools and school classifications.

I mentioned above that FIP’s codes are included with the Census Tract, County, and State map layers. FIP’s stands for Federal Information Processing Standards.  Government agencies like to use FIP’s codes. They help organize the analysis of counties and Census tracts. Who uses them?  Government employees, forest service people, and land management pros.  You know who you are.

Where would a digital map be without Map Layers? I’ll tell you where – spread out on a desk in paper form. Map Layers allow modern-day map users to view a variety of perspectives.  These map views, complete with associated data, allow for analysis, filtering, and spatial queries. They are the secret sauce of business mapping.

Keep in mind, the most valuable map layer of all is probably the map layer you import made up of your business data.