Chicago based automobile insurance company, First Chicago Insurance Company (FCIC), has been a MapBusinessOnline customer since January of 2015. Centered around the Chicago, Il region, FCIC has been providing automobile-related insurance coverage for almost a century. During its early years, FCIC provided a wide variety of insurances including general liability and workers compensation. In 1994 the company decided to focus on personal and commercial insurance related to automobiles.

As with most major businesses, First Chicago required a visualization tool that could help define active customer locations, policy placements, and sales agent locations. Managers needed a tool that could reveal at a glance, where sales coverages were lacking for immediate action and a visual representation of sales territories to define accountability.

The company has a ten-state coverage area, centered around the city of Chicago. The map manager, a product analyst for FCIC, imports overlays of sales agent home locations. These agent locations tell the map viewer where each rep starts their day, against a backdrop of market potential by ZIP code.

The market potential is based on the population of a given territory. The greater the population in an area, the more automobile insurance is likely to be sold. Territory maps display color-coded or heat mapped ZIP codes based on population. MapBusinessOnline rolls up ZIP code populations into an aggregated total territory population for each agent. These totals are displayed with territory labels.

The FCIC territory maps are often filtered for views by isolated states, one at a time. This simplifies the map considerations for area managers. 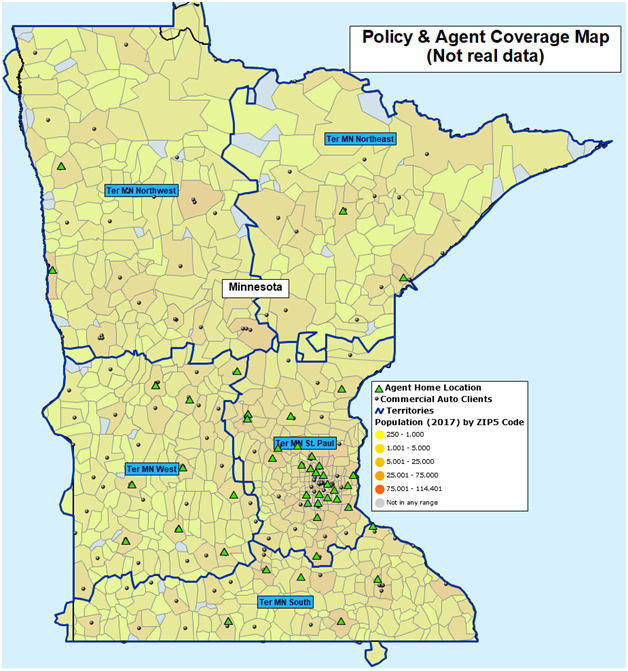 A critical exercise for FCIC map managers is to identify underserved markets. They look for ZIP codes, color-coded to reflect high population areas, that have no agent symbols on the map. These coverage void areas are sent to marketing managers across the territory for immediate rectification through hiring or reassignment.

MapBusinessOnline territory maps can be conveniently shared as interactive web maps or through map image files. Additionally, territory analysis results can be exported as CSV files for data sharing.

MapBusinessOnline calculated data columns are applied to sum demographic population categories into wider age segments. Such demographic segmentation can expose more market opportunities such as groups of young women or men emerging into the driver marketplace. A classic example would be tracking aging Americans by ZIP code, perhaps indicating areas where automobile ownership is likely to decline. 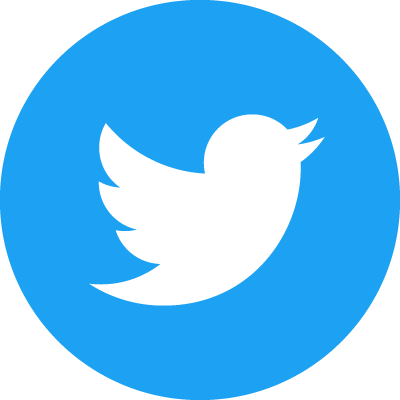 © Copyright 2010 - 2020. SpatialTEQ, Inc.
All trademarks and logos are registered by their respective owners.